Following the purchase of the palace of Montehermoso by the City Council of Vitoria-Gasteiz in 1994, it was decided to carry out its rehabilitation as a cultural area, and to connect the old water tank to the palace thorugh an underground passage (under Santa Maria street). The construction work, which began in December 1994 and lasted until June 1997, was led by a team of architects consisting of Roberto Ercilla, Miguel Angel Campo and Juan Adrian Bueno.

One of teh most notable spaces arising from this intervention is the cloister of the palace, which has been covered with four skylights. It continues to maintain its initial use as a main light distributor, but its appearance has changed through the contrast of its original structure and external Renaissance image with new glass and metal elements in the upper part and on the two staircases that provide access to the first floor.

The palace of Montehermoso. Francisca Vives, 2008
Spaces and resources
Montehermoso is located in the old town of Vitoria-Gasteiz, in a 16th century Renaissance palace joined to the old 1885 Water Tank by an underground corridor.

Of its total area of 6,423 sqm, 1,365 correspond to the Old Water Tank,located in the second basement.

In addition to the spaces devoted topermanent services –offices, documentation rooms, and multi-purposespaces housing courses, seminars and workshops-, there are differentrooms that make an exhibition area of 2,823 sqm.

Moreover, the centreoffers 1,588-sqm garden as a complementary space for public use. 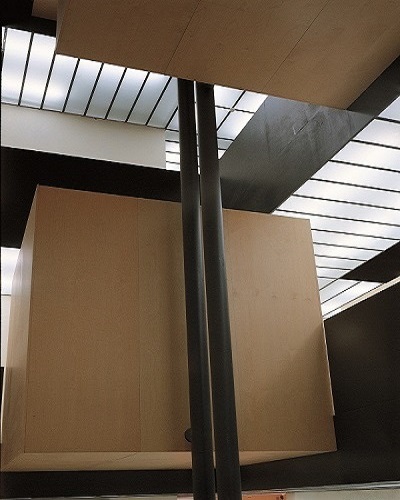